In conversation with The Dartmouth Institute, 2023 MPH candidate Brian Urban MS, MBA opened up about his personal and professional path to public health, his latest ventures in healthcare communication, and the ways in which he leverages his education as a student in our Online/On-Campus Hybrid MPH program outside of the classroom.

Urban describes a family-oriented upbringing in the suburbs of Pennsylvania, recalling that he liked making people happy and playing sports. He eventually found himself enrolled at Indiana University of Pennsylvania where he played baseball while earning his BS in Business Management and BS in Sport Administration. It was his undergraduate baseball career, and subsequent injuries, that piqued his interest in exercise physiology and health. Upon graduation, Urban began working as a health coach for the insurance company Cigna, where he stayed for seven years. During this time, Brian pursued his MBA at Waynesburg University with a concentration in market development. Graduating in 2014 with a new degree that allowed him to take on a bigger role in the company, his goal was to help people on a larger scale.

Even while juggling a demanding work schedule that saw him traveling weekly across the U.S. over a four year period, Urban remained involved with an organization he had respected for years: the Obediah Cole Prostate Cancer Foundation, a non-profit organization that provides free prostate cancer screenings and promotes early detection, education, awareness, support, and disease prevention through healthy living, nutrition, and exercise.

“The foundation addresses these core things, as well as documenting research on communities disproportionately affected by this disease, like the African-American male community,” says Urban. For Brian, his connection to the organization was deeply personal: “I lost my father when I was 19. He was 55. He had prostate cancer, and he was so young.”

While at Cigna, his volunteering efforts with the Obediah Cole Foundation didn’t go unnoticed and in 2013 Brian was awarded the Cigna Volunteer of the Year Award. “I was fortunate enough to win this award that gave the foundation I was involved with great publicity,” he says. “It took me a while to transition my anger into something positive."

His involvement with the Foundation gave Brian the opportunity to turn some of his pain into purpose –  advocating for disease prevention. And the recognition that the award brought to Obediah Cole propelled Urban into the realm of public health and planted the seed that would eventually lead him to pursue his Master of Public Health at Dartmouth.

He was attracted to mission-based work, and described continuously bringing a public health focus to his work at Cigna and in his subsequent roles.

"I said 'you know what? I'm going to legitimize my efforts and start looking into public health degrees.' And it wasn't about degrees. It was about learning and making an impact."Urban decribes his education at The Dartmouth Institute as a powerful tool in his current role as Marketing Director at FinThrive, a healthcare software services company. 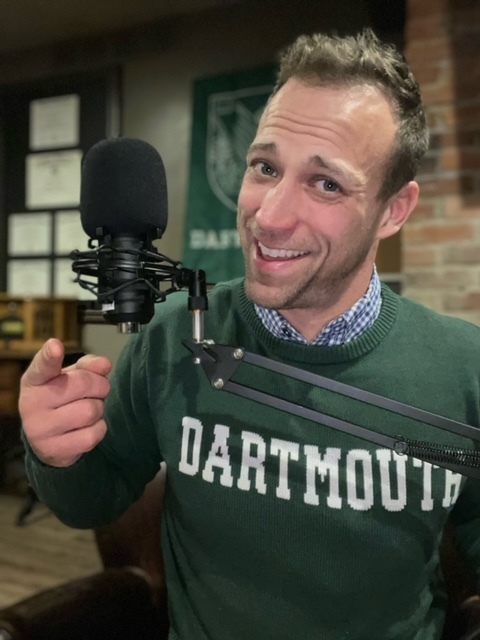 As the host of FinThrive’s new healthcare technology and healthcare equity podcast called "Healthcare Rethink" Urban speaks with leaders in the industry and makes information more accessible by examining socioeconomic data as a path to health equity. Together, Urban and FinThrive are interviewing change makers and doers in the industry, highlighting untold stories.

“My experience at The Dartmouth Institute has helped me speak intelligently to podcast guests that have decades of experience and a much further reach than I do. TDI has given me a priceless gift, which is confidence in building my expertise and sharing that with others to multiply good.” 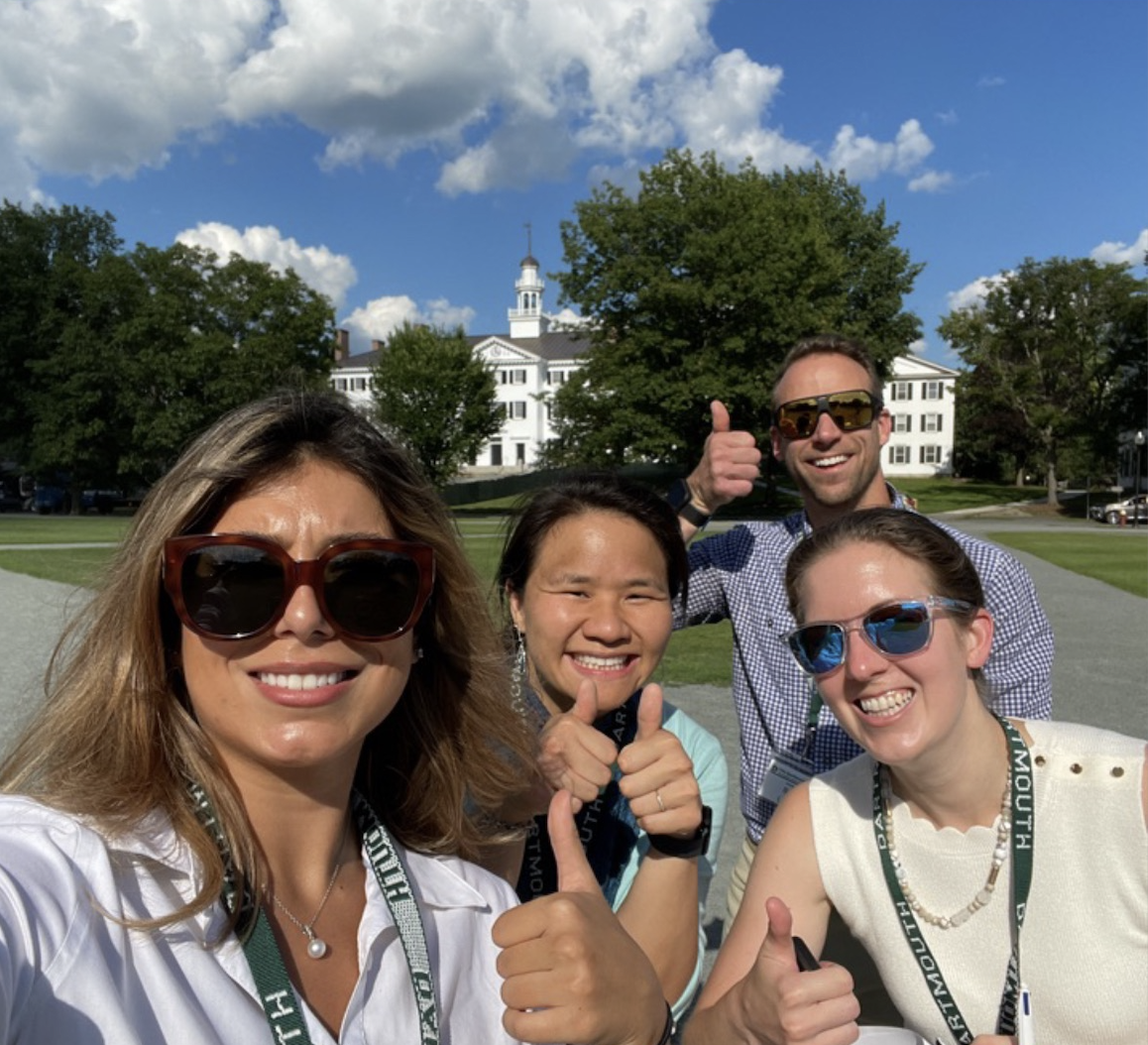 When asked what attracted him to Dartmouth, Brian laughs: "this is going to sound funny, but it's just something that I was drawn to at a deep level. Vox Clamantis in Deserto," he says quoting the Dartmouth motto, which translates to "a voice crying in the wilderness."

“I’ve often felt like, in regards to health equity, there is a mission calling out in a big way but from a sometimes hard to reach, desolate place – a place that isn’t often looked at," Brian says. “I want to be a part of elevating that voice, that type of mission, for the sake of the greater good."

Brian continues, recalling a parallel between his college baseball days and his current pursuits as a student once again. "Dartmouth came across to me as a very humble, but very strong MPH program. It reminded me of my early experiences in baseball: usually a player that had a dirty uniform exerted a lot of effort in that game, they played hard, and (sometimes) smart. Getting your uniform dirty was a sign of that work. I like to think that at Dartmouth we have a nice, dirty uniform, in a good way, because our community is out in the world doing hard work.”

Urban commends Executive Director of Education Craig Westling DrPH, MPH, MS and Director of the Learning Environment Office Manish Mishra MD, MPH for their strong influences that contributed to his positive experience in the Online/On-Campus Hybrid MPH program. More specifically, he admires Megan Longacre, PhD, for her relatable approach to each student: "she's always right there with you depsite having done more than most - that's what I mean by a 'humble approach.'"

Looking to Honor J. Passow, PhD, Brian recalls an especially meaningful takeaway from the senior lecturer's class. "She says that everytime you say 'data', it's a finite piece of someone's life. It's an experience that they've had, so those data points are not just research, they're human lives."

I've never been in a program that supported me this well. 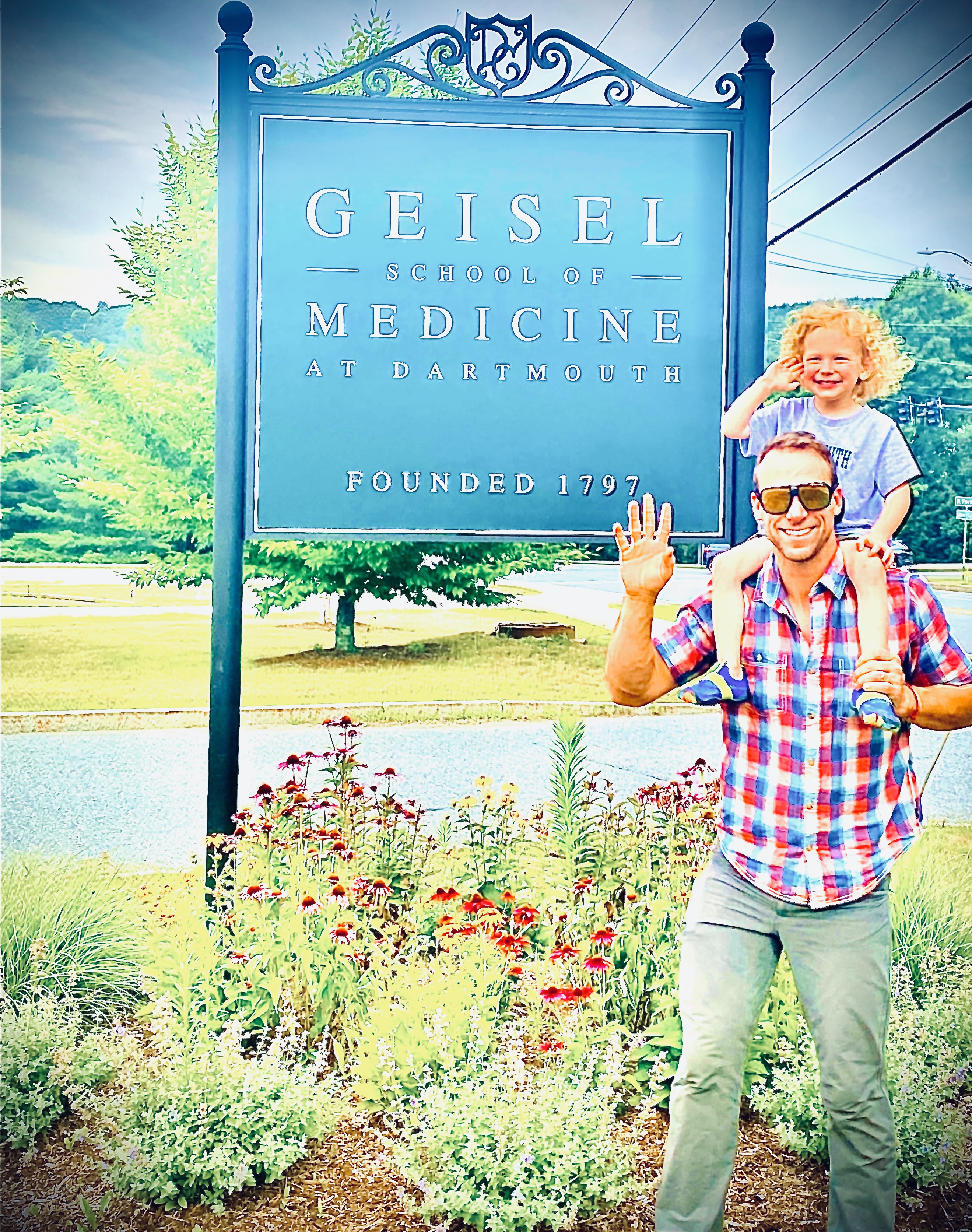 Regarding the on-campus weeks - the three visits to Hanover each year that MPH Hybrid students fulfill - Brian appreciates being able to share the Dartmouth experience with his family. "It's really nice to have my family experience a part of what I'm doing here." Along with his four-year old son who has given his stamp of approval on Hanover, Brian and his wife are preparing to welcome a baby girl into their family in Spring 2023.